I recently had the chance to do an email interview with Megan Lacy about her outstanding new EP Salvation.  In addition to that we also discussed her move to Austin from California a few years, her lyrics, the plans for her next release and more. 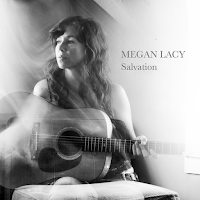 Can you give me a little background on yourself?

First of all, Geoff, I just want to say thank you so much for reaching out and connecting with me - it’s very cool to be able to share with you!

I’ve always been a singer, and I started writing songs when I was a little kid - all melody, hardly any structure, and no instrumentation. I got my first guitar when I was 18, a blonde D-16 that I named Lucy, and I really started writing songs around then. My brother taught me what he knew on guitar, and he and I started playing around our hometown, a little rural gem called Volcano in the California gold country.

I moved to Truckee when I was 20 to be a ski bum, and over the course of the next decade I met some pretty influential people on my music path. I played solo for a while before meeting my friend, Gil Gaus. Gil is a killer songwriter, and a great guitarist, and he set me on a path of really learning about songwriting. We both had a lot of opinions, and I didn’t always listen very well. When I would actually take the advice he was giving me, most of the time the songs would take some kind of turn that was really unexpected.  A couple times that turn ended up forging a totally new relationship to the song, and I started to crave that new feeling - almost like I was free from what the song had meant to me, and was able to help the song become more about the feeling it was trying to create.  Gil and I played together for about 4 years. We co-wrote the song “Salvation” together! Over a decade ago.

You moved to Austin from California a few years ago. How do you think that move has impacted your music?

I just can’t even iterate how impactful a move it was. My partner and I moved in search of something much bigger than what seemed to be available to us in that small town where we were, and we both got such a kick in the britches out of moving here and starting fresh.  I mean, it was hard. Neither of us knew anyone, or had any connections, and starting at the bottom can feel like a pretty big punch in the gut. But we did it. Made friends, slowly, and at one point I thought like, how come I’m not getting invited to people’s backyard song circles?  And then I realized I had to create that. So I started hosting them, and soon I was meeting all kinds of songwriters, getting invited to other people’s song circles, and just feeling involved in the experiences I was craving.  I love feeling connected to people, it’s what inspires me most.  I do tend to get a lot of material out of feeling disconnected, ironically, but I prefer the joy that comes from relating deeply with people.

Your lyrics sound like they could come from a very personal place. Does that tend to be the case or are they more fictional?

The emotion is always real, but the details don’t necessarily need to line up exactly with what my experience has been. When I started writing, all the songs were relatively autobiographical, but as I’ve had more and more experiences, I think I am able to draw on imagery in ways that are more in service to the emotion behind the song than anecdotal.  Sometimes the lyrics are able to say something that I’m experiencing emotionally, but have not experienced in my life.

I think a lot of us need help getting in touch with our emotions. Maybe we even feel numb to our emotions - we’re kind of taught to suppress them, or to disown them, especially the more difficult emotions. So the feeling a song can bring is kind of a tool to help us discover those areas in ourselves that might need a little attention. The story is just a story, but the feeling it can give you ends up feeling pretty real.

The whole EP has a really stark atmospheric sound. Is that something you already had in your head when you went into the studio or was it more the influence of your producer? 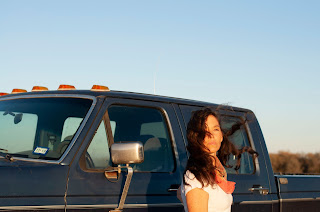 I think Justin was very much in service to the song, and to the feeling of the song. We had used Emmylou Harris’s Wrecking Ball as a diving off point - his idea.  Semi-stark, impactful, much more than my little record, but the intent was there.  I think his own stoicism is very much a part of this record.  I certainly didn’t want a lot of bells and whistles, and what ended up being on the record I needed to feel solid.

I had played the songs for so long as a solo performer, that when it came to developing them with other instruments, I didn’t really know what to imagine. All I knew was that I didn’t want the instruments to cave in on the song. I wanted there to be a lot of space in between everything - like I wanted it to feel like you were in a room with the song being played, and you could walk around in between the instrumentation.  Justin was well aware of this, and naturally has such a sonic understanding that everything he did seemed to create more and more space, and for me it helped to deepen the solidity of the sound.  It feels like a stepping stone to me - like I can stand on it for a second before I jump off again.

Instrumentally “Watch This” is one song that really stands out to me, especially the really cool percussion. Can you tell me a little more about that song?

Right on, Geoff! Well, it was the last one we developed in the studio - we had brought the others along, and sort of didn’t have too much of an idea of how to move that one forward and make it stand apart from the others.  It’s a really slow mover, and I suggested banjo, thinking that it could have some weird effect that we weren’t expecting, but that idea quickly got nixed.

The four of us sat around, and Justin picked up the dobro, and I was like, Oh yeah, that’s gonna be it.  Aaron picked up this wooden conga that his dad, who is a luthier at Collings had designed and built for him. Chris sat down at the Wurlitzer, and we started playing the song. It was pretty magical! And when we kind of figured out how it would go, we ducked in and did a couple takes, and the last one was it. That dobro solo is one of my favorite moments on the record.

You have quite a few videos on youtube of live performances of some really good older songs.  I know some musicians don’t like to look back at older songs and just tend to record their newer ones.  Do you think we will be hearing some of those on future releases?

I’d love to bring those songs to tape! I am really excited to move forward - I just learned so much in the process of making this first record, that I’m kinda rearing to get back in there and develop more songs.  I’m always writing, but it takes time for songs to come up, and for them to become what they want to be, so I think it’ll be cool to try to give light to the songs who have been with me the longest. (I have one little record of newer tunes that I want to put out before anything else, though…)

I see that you have a couple of live shows listed on your website, but with the pandemic alot of live music is still shut down. Do you have any alternative plans for getting the word out there about the EP?

Well, I think it really matters that you are helping people get the word out about their music during all this - it’s really awesome to have people listening and sharing and engaging. Thank you so much, Geoff!

I’m hoping now that things are opening back up, I’m gonna get to do what I always planned to do, which is to play live music as much as I can.  The live music experience is such a beautiful aspect to the songwriting journey, and I think a lot of people are ready for it to come back.

I’m in this for the long haul, and I know about slow returns, so I’ll be alright with however this path wants to roll out.

I’m working on getting that second record together - it’s got an Alt Country/Cosmic Americana vibe, and it’s really upbeat and positive, if you can imagine that, haha.  I’m looking forward to getting those songs out there in the world to you soon, so stay tuned!  Your readers are welcome to follow @MeganLacyMusic wherever they do their media, and I’ll keep y’all posted.  Thank you beyond words for your great questions and for this opportunity to share about the record, Geoff!

Posted by The Music Korner at 2:00 PM