In 2019, following several years as a member of several different bands, Mark J Gidden released his debut solo album.  Now he is backed with his sophomore effort Fool Yourself.  I had the chance recently to do an email interview with him to talk about this new release along with a few other topics. 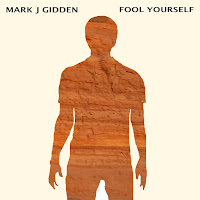 Can you tell me a little about your musical background?

Hi Geoff, I joined my first band was when I was 17 and still at school. We were a three piece called 'Virtual Earth', but the problem was we all played guitar! I don't think we had the patience to learn covers which is is why we just started to put chords together and come with our own grunge-influenced tracks. We did one gig after hiring a drummer and after that I was in a couple of bands at unit before forming the Peterborough four-piece 'Traveller' in 2000. We won a local competition and after that I played drums for 'Emery' before relocating to St Albans. By that time I was focused more on songwriting and recording and after signing up with Nub Music I finally released my first album in 2019.

The arrangements and musicianship on your new release Fool Yourself are really strong and I really like the way the guitar sounds throughout.  Did you play everything yourself or did you have contributions from other musicians? 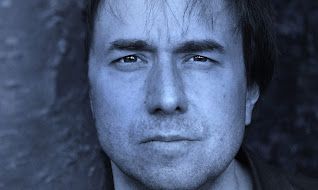 Although my first album included some collaborations, this second one
was something I wanted to put together on my own, as a bit of a challenge to myself! The oldest recording "If You Can" was recorded in a studio with an Engineer doing all the hard work and me just playing the instruments, but all the other tracks I recorded and mixed at home by myself. There are a few sampled instruments (including the drums) but the guitars are my trusty Jaguar and Pacifica!

I read that you performed alot of these songs at acoustic shows before recording them.  Did you even contemplate releasing them acoustically or was that just more of a way of getting them worked out before you recorded them?

I am keen to release an acoustic compilation at some point, but I think most of the songs have more 'impact' with a full band sound. In fact I'd love to get a band together so I can perform them closer to how they sound on the album, something for me to try to arrange in the future. For now I'll carry on performing with my acoustic guitar and hope that people like those stripped down versions as well as the album ones.

From time to time I hear a bit of an 80‘s/90's alternative vibe and a little glam (your vocals at time remind me of Brian Molko from Placebo and Trevor Tanner from The Bolshoi).  Would you agree with that assessment?

I'm definitely influenced by music from that period and am a big fan of Placebo, their first record is one of my all time favourites. Other singers that I am influenced by are Brett Anderson from Suede, James Walsh from Starsailor and Mark Greeney from JJ72.

How does your songwriting process tend to work?

Most new songs start with me messing about on the acoustic guitar, which I do most days, and if I like something I'll quickly record the song idea on my old cassette recorder - I'm very old school that way! Most days I won't come up with anything, and most things I record never get turned into a song but I'll listen to these demos months later and the best ones will get short listed for inclusion on an album. Sometimes I'll be lucky and get more than one song idea from the same session - “St John” and “Non Profit” from the new album were both song ideas from the same day.

Over the years you’ve played in quite a few bands. How would you say being a solo artist compares to that? Well I like the freedom to spend more time on writing and recording and less time on rehearsing as a solo artist. There are also fewer arguments! But nothing can beat playing live with a band, it's much more fulfilling than standing up there on your own. And having others around you also takes the pressure off the performance.

What kind of impact did the pandemic have on your music?

It's certainly made it harder to get the music to new fans without being able to gig, but I'm very lucky that I've been able to keep working outside music and being at home more gave me the time to complete the album earlier than I might have done otherwise. I've really missed going to other people's shows though, so can't wait for things to get back to normal.

Now that live shows are starting to happen again and people are getting out more, what are your plans for the near future?

I'll likely be joining in with some open mics in the local area to start with and see how it goes from there.. Nub Music put on a great event in 2019 with several of its artists on the bill so I'm looking forward to something similar happening again. When things are 100% back to normal (hope that isn't wishful thinking!) I'd like to put a band together for a few shows.. let's see what happens!

Just to keep checking out new bands and other artists - there's so much good undiscovered music out there! And stay safe..

Posted by The Music Korner at 8:43 PM